Welcome to our motel near Downtown Huntington Beach

This property is a 8-minute walk from the beach. Situated 1 minutes' drive from the beach and 7.2 mi from the downtown and the pier, this completely non-smoking property features comfortable accommodation in Huntington Beach, California.

Free WiFi and a flat-screen cable TV with free on-demand movies and videos are featured in each guest room at the OceanView Motel. A microwave, compact fridge and coffee-making facilities are also provided. There is a lift at the property as well.

The Pacific Ocean, restaurants and shops are located within 7 minutes' walk away from the OceanView Motel.

The OceanView is conveniently located, giving guests easy access to shopping and a number of area attractions. Several restaurants are within walking distance.

Guests are welcome to enjoy free newspapers in the motel lobby. The front desk is open at all times to serve guests. 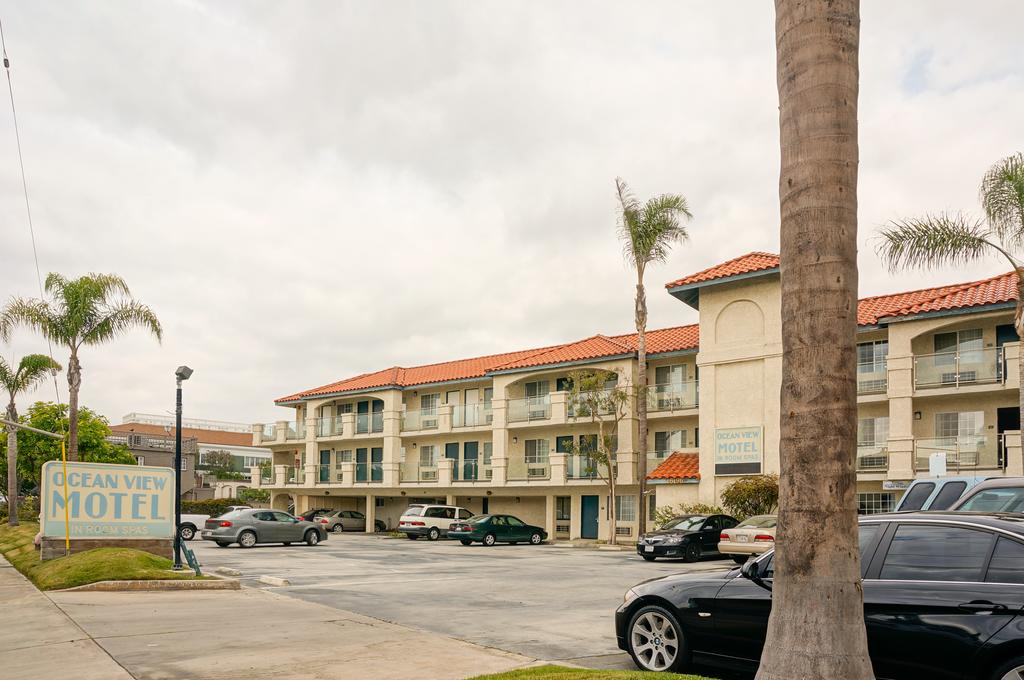 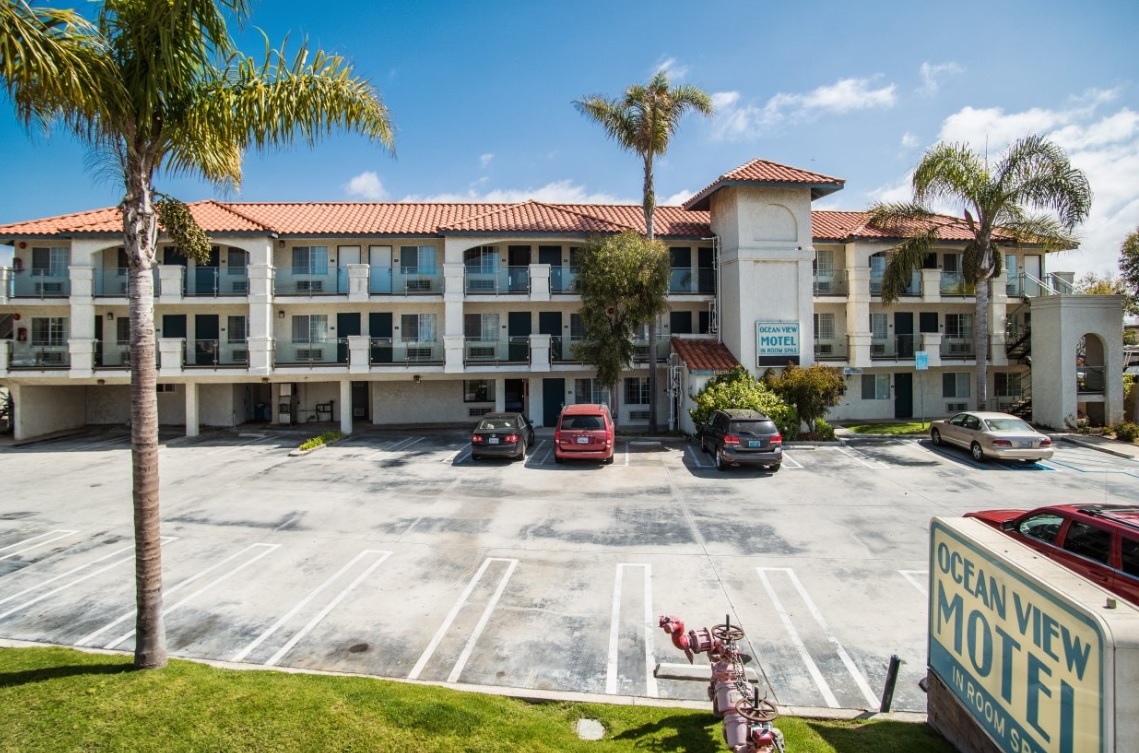 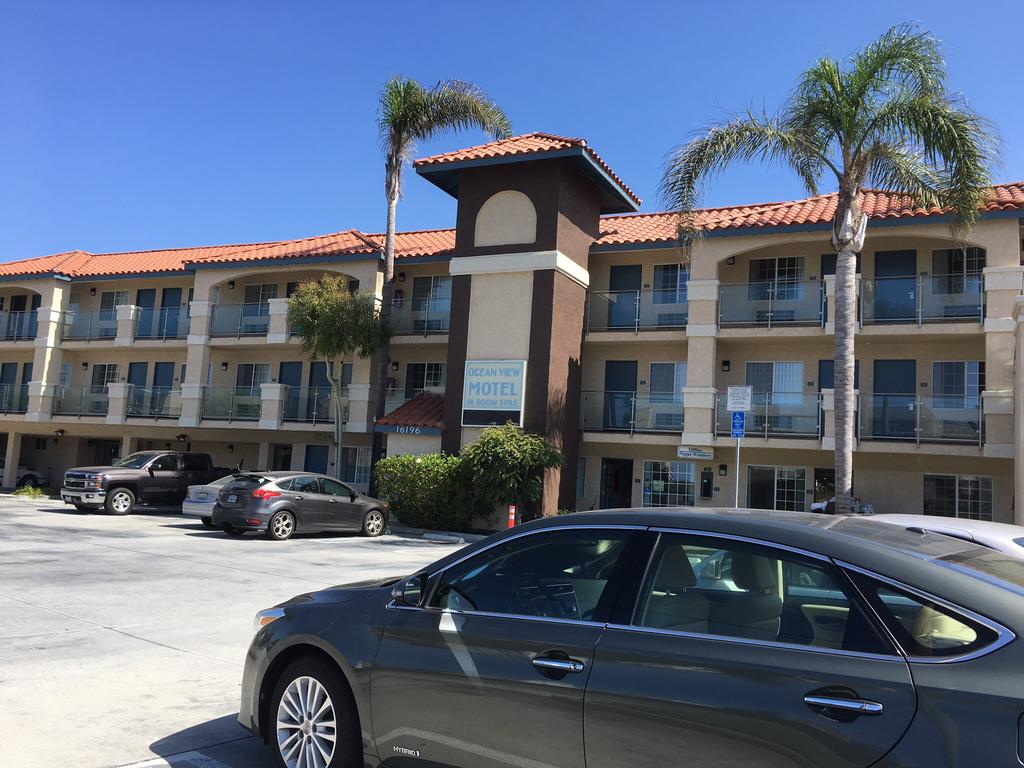 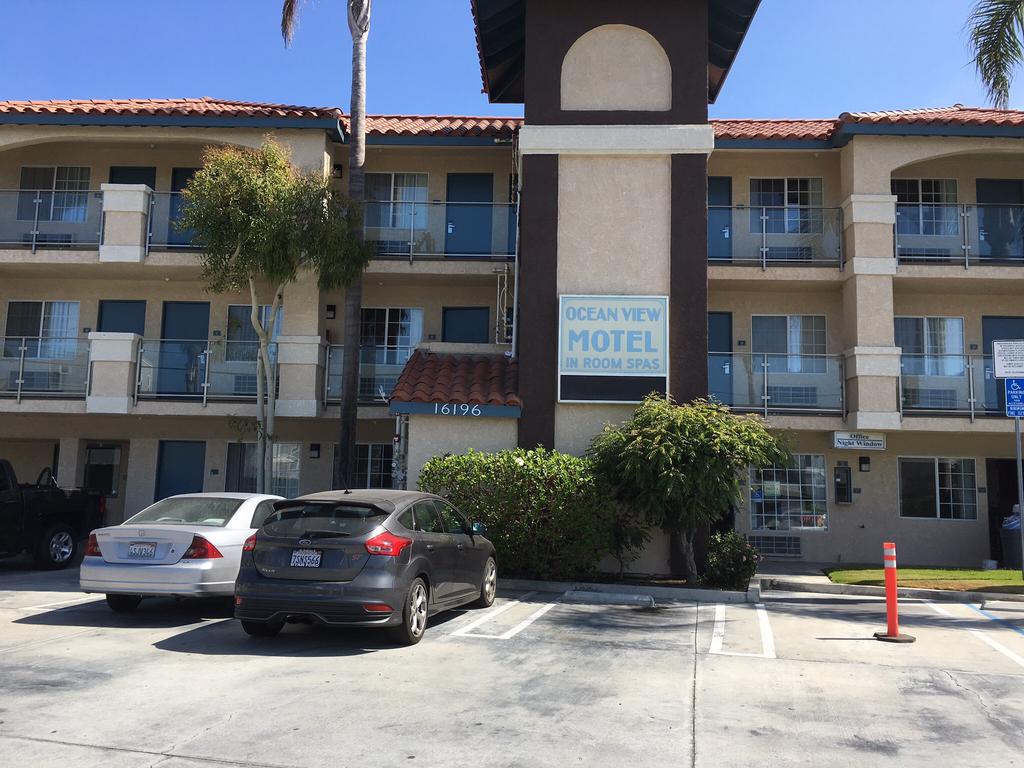 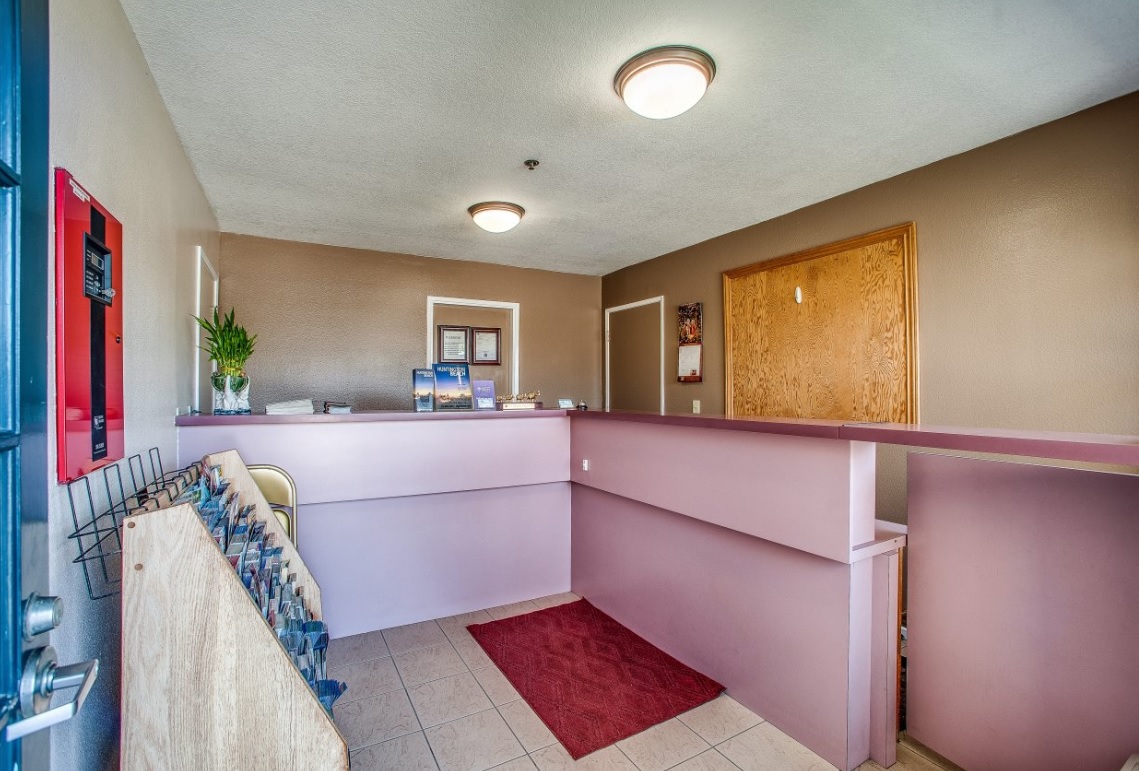 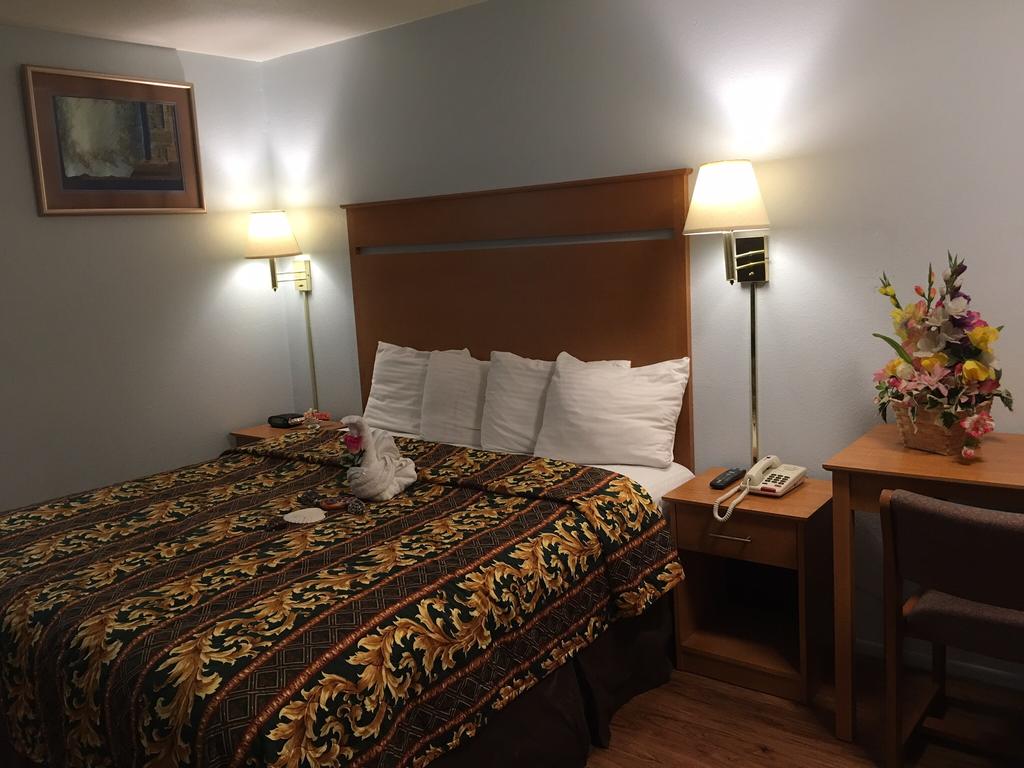 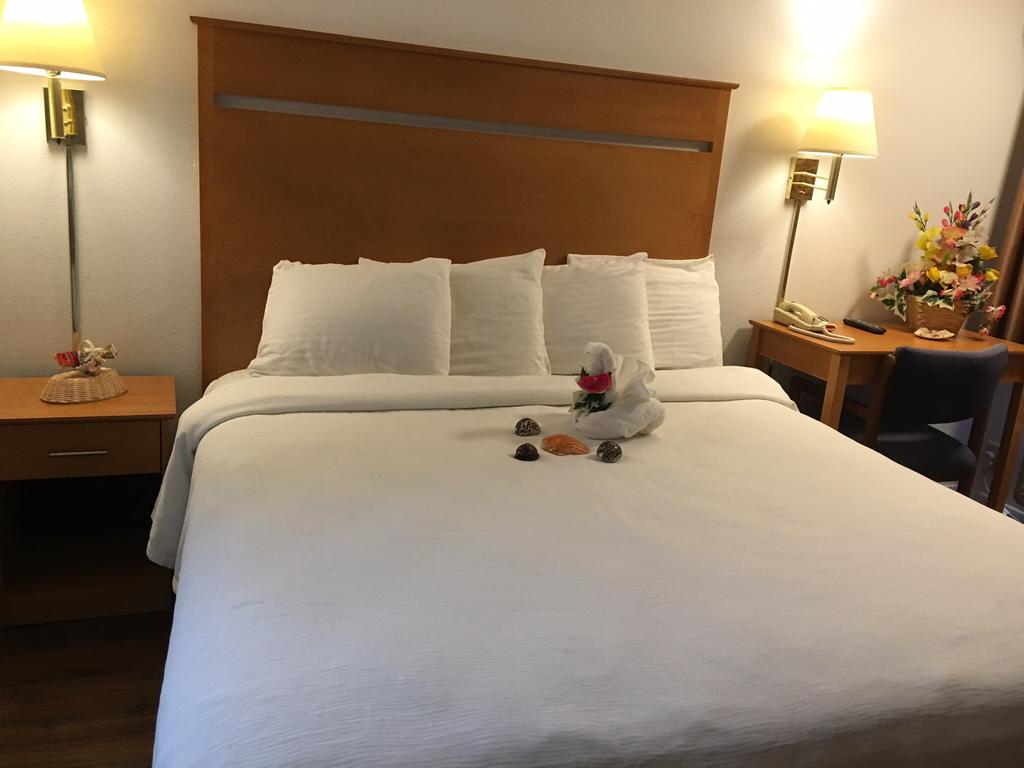 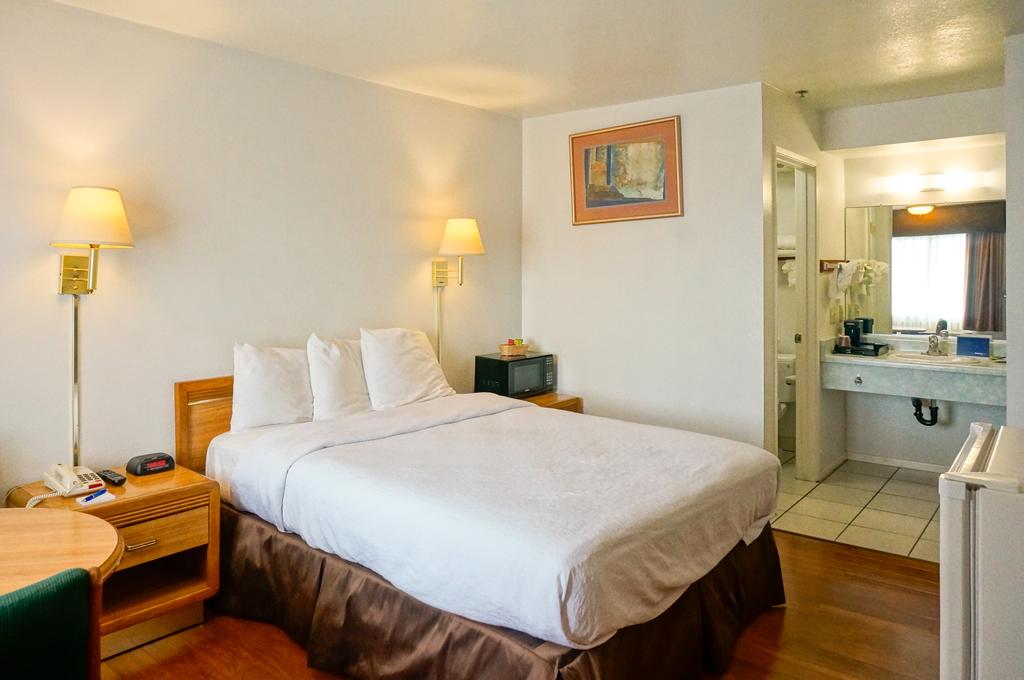 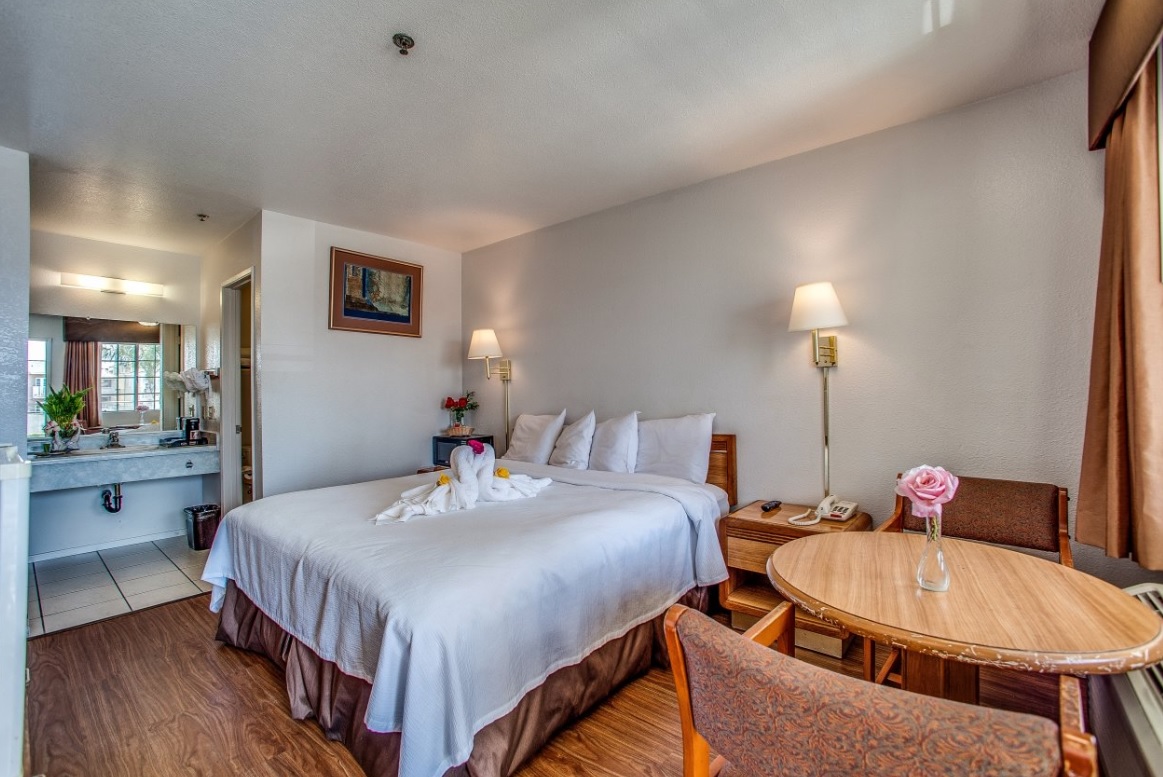 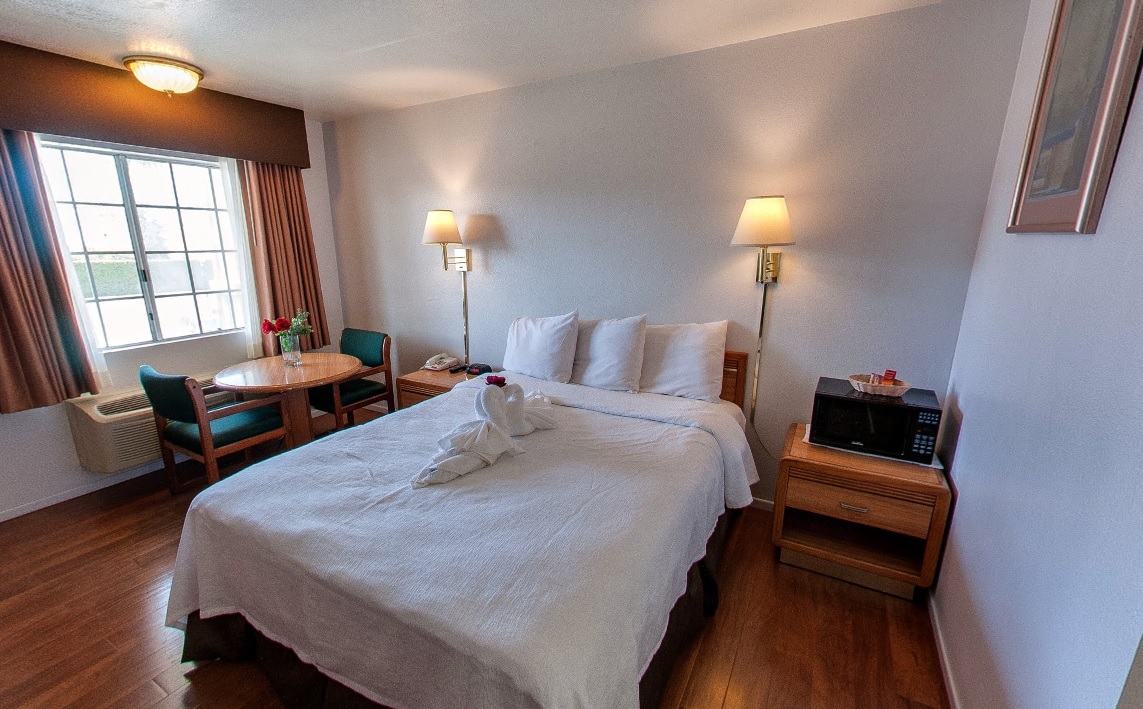 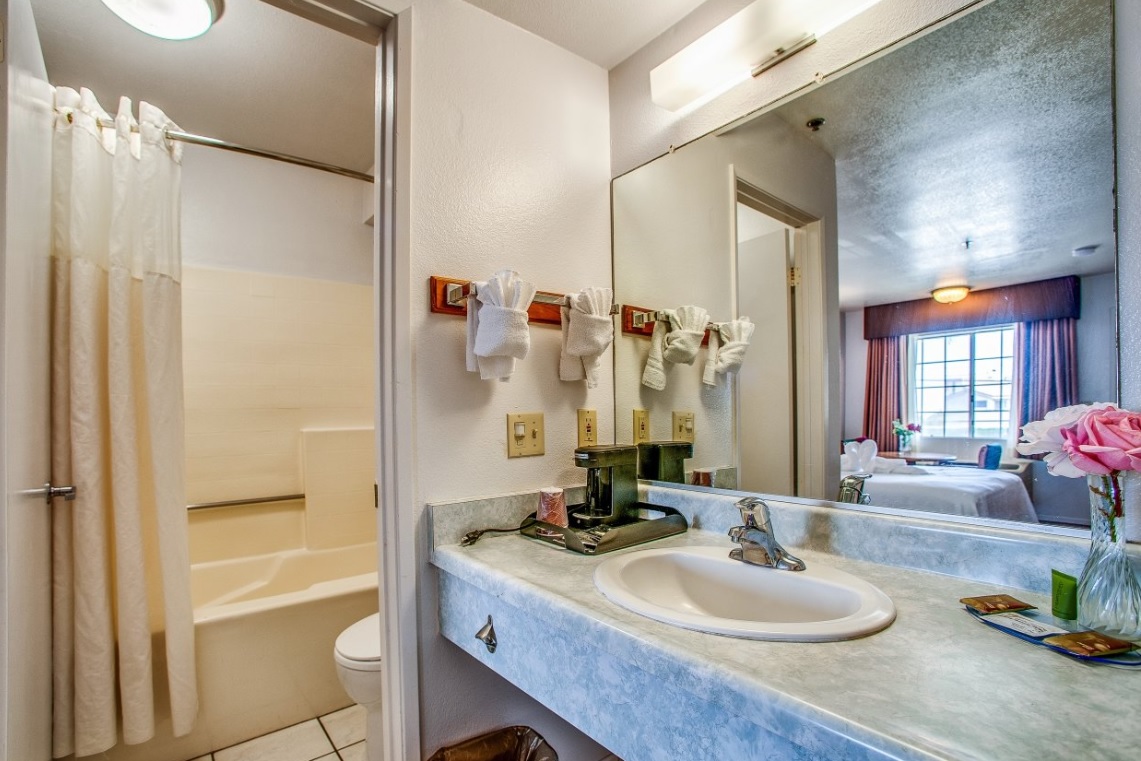 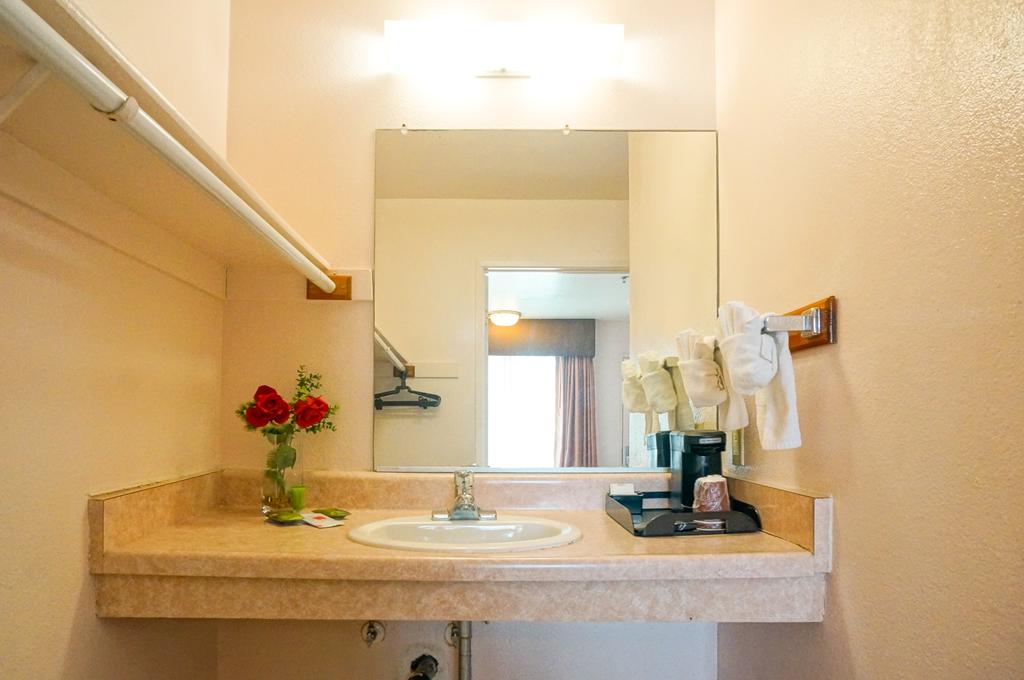 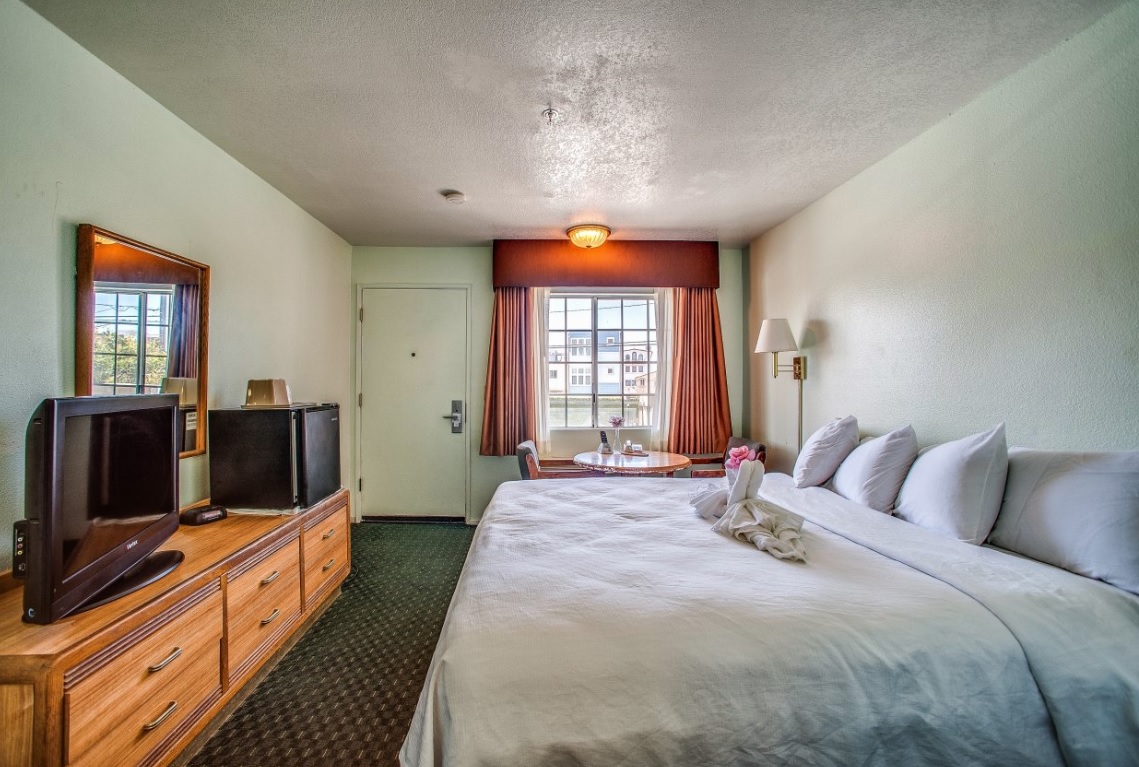 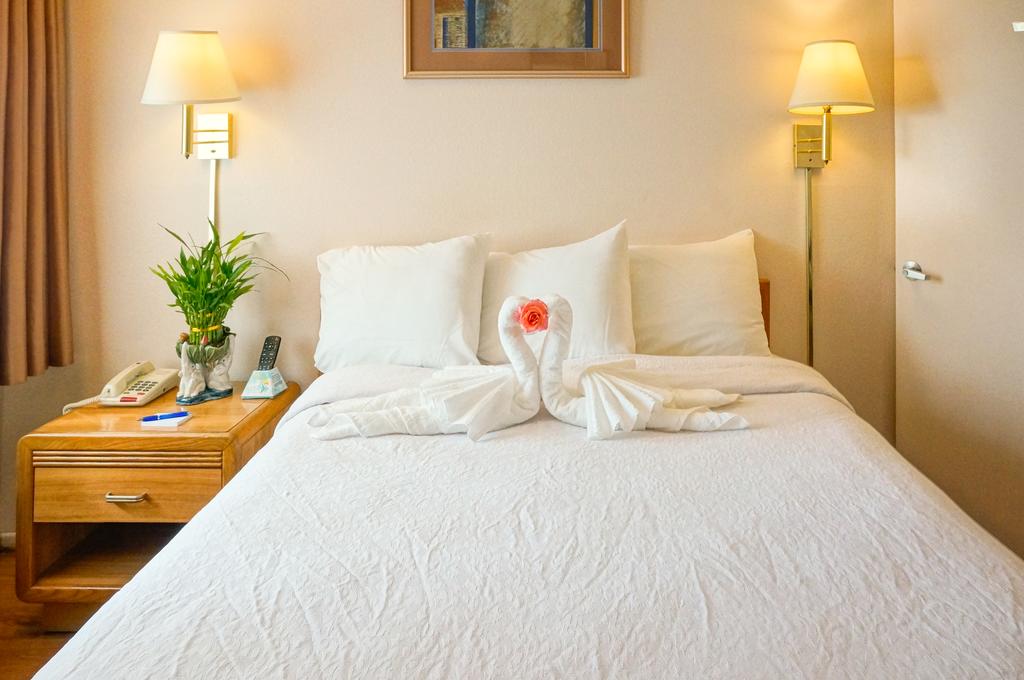 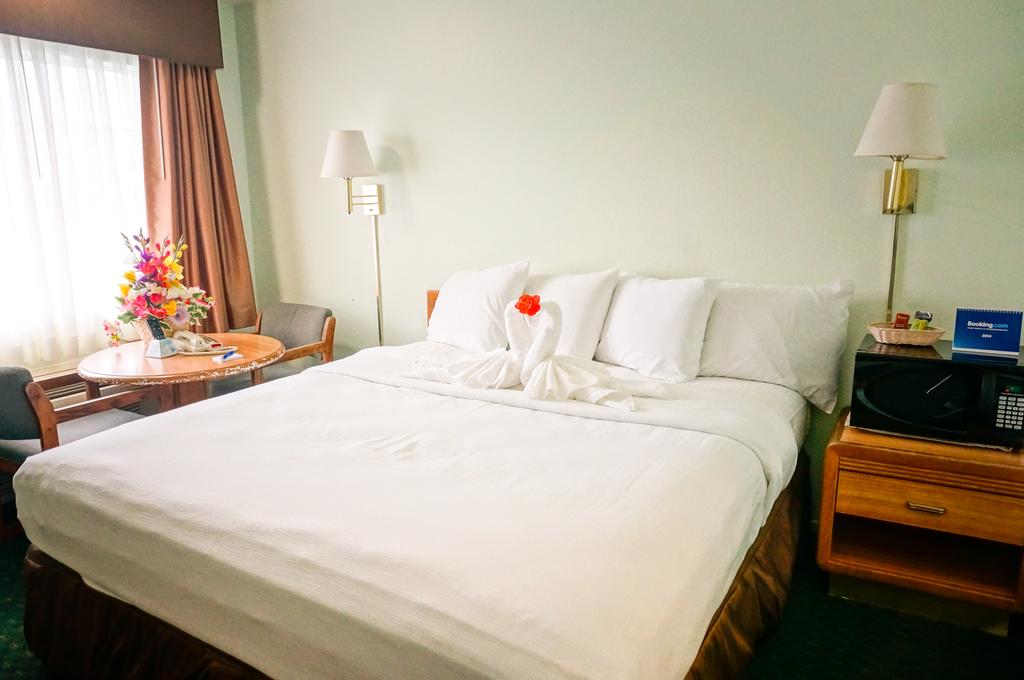 Internet
Free! WiFi is available in all areas and is free of charge.

Check In
From 15:00 hours
Check Out
Until 11:00 hours
Min Age for Check In
N/A
Cancellation / Prepayment
Cancellation and prepayment policies vary according to Rate Program you select. The cancellation policies are mentioned in the rate program details.
Children and Extra Beds
All children are welcome. Free! One child under 5 years stays free of charge when using existing beds. Any additional older children or adults are charged USD 40 per person per night when using existing beds. There is no capacity for extra beds in the room. Additional fees are not calculated automatically in the total cost and will have to be paid for separately during your stay.
Pets
Pets are not allowed.
Cards Accepted at this property
American Express, Visa, Euro/MasterCard, Discover
Hotel Fees
This hotel Deposit $200 per room.
Language Spoken
English, Spanish

It's clean and friendly

Will defiantly be back

OceanView motel is my new favorite motel. Its nestled in a very cool beach community and is run by a very nice family. Like BD said its surrounded by all kinds of great restaurants. you can walk 10 mins to the harbor for kayaking or stand up paddle surfing, or just walk across the street to lounge and play in the sand. the rooms were very comfortable and they all have flat screen tv's, microwaves and a mini-fridge. The hotel as nice and for such great value.

I really enjoy this property, it is a nice clean, quiet place to stay. The showers are great-good water pressure. It is the perfect place to stay if you are just looking for room near the beach. Close to Seal Beach, Long Beach and Huntington Beach. It is a really nice place to stay at affordable prices. I have stayed in the hot tub room but they can be humid for a while if you use it. I recommend this place for a good night sleep.

Love the Ocean View Motel....You simply will not find a fresher cleaner option in the OC on PCH no less...#rd floor has Ocean Views from just about every room...Rooms are clean fresh upon check in ( not musty and moldy smelling like most properties in this price range...Great value with full cableincluding HBO ( 80 channels..! ) mini fridge, coffee maker, microwave with comp popcorn...Gotta love it..Convenient to everything ( restaurants, shopping beach is right there)I would recommend the Ocean View to anyone..!!

Clean room, comfy bed, fabulous shower, microwave and fridge.... but most important! less then 5 min walk to beautiful beach... 2 doors down from Don The Beachcomber for 'Reggae For A Reason Sunday's', minutes from Harbor House Cafe for great, cheap and healthy eats and lot's of other dining choices,beach sky light and some view, quiet at night...but for us it was all about the beach, The Beachcomber, the great rates, not having to drive during stay and feeling safe and comfortable while enjoying. We'll be back.

The location is great. Sunset Beach is an incredibly comfortable small town, with Huntington and Seal Beaches close enough to bike or walk. The hotel is right on PCH which has its advantages and disadvantages. But the staff was kind and thorough. I would definitely stay here again.

The room had a great shower head, nice, soft pillows and elevator. Great price, our stay went smoothly and we were very comfortable. Would definitely stay here again.

I booked last minute and it was wonderful!!! It smelled clean from the moment I walked in the door. The housekeeper had done a wonderful job!!!!! Floors and bathroom were spotless!! The king size bed had beautiful sheets and comforter!!! It had a microwave, fridge, coffee maker and snacks by the bed. Could not have asked for more. Would stay there again in a heartbeat!!

This website is owned and operated by a third party. Our goal is to provide hospitality to all people and this means everyone. Our mission is to make it as easy as possible for all people including those with hearing, vision, or any other disability to learn about this property and book their stay if they so desire. If you have difficulty learning about or booking this hotel, we invite you to contact the hotel via telephone and their friendly staff will gladly assist you.

We work very hard to provide an easy-to-use online experience for all guests. We believe all of our website visitors should be able to easily research online regardless of device type and whether an individual requires assistive technology like a screen reader, font magnification, translation or voice recognition software.

To ensure this, we are committed to compliance with Level AA success criteria of the Website Content Accessibility Guidelines 2.0 (WCAG 2.0), an international standard measure of accessibility success. Our website and digital marketing has been developed after carefully parsing these particular guidelines and is continuously being enhanced to make our technology more accessible and user-friendly.

This hotel has the appropriate policies, best practices, and procedures in place to ensure that individuals with disabilities can make reservations for accessible guest rooms during the same hours and in the same manner as individuals who do not need accessible rooms.

As part of our reservation processes, we:

If you require any assistance with booking your reservation, please contact the hotel directly via email, phone, or social media, which you will find on bottom of this page.

This website is designed to be fully accessible to all and is designed according to W3C Web Content Accessibility Guidelines (WCAG) 2.0 and conforms to most priority checkpoints which entail some of the following elements:

This website can be navigated by using the tab key to traverse the elements of each page and by using the enter key to activate a highlighted link.

HTML heading tags are used to convey the document structure. Navigation menus are tagged as HTML maps so that the menu title can be read out, and the menu items are presented as a group. Please see our Site Map for easy navigation

The site is designed to conform to Level AA compliance as specified by the Web Content Accessibility Guidelines. All pages validate as XHTML 1.0 and use structured semantic markup.

The following tools and services are available for free to assist you with viewing and interacting with our website:

Optimize the way you view your web browser. If you have difficulty in reading this website on your screen, you may be able to change the settings on your browser to help you improve readability and visibility of each webpage:

*Note: W3C has not developed a certification program or authorized any other program to certify conformance to W3C standards.